By Maria Monday, May 26, 2014 0 Life and Links personal stories Permalink 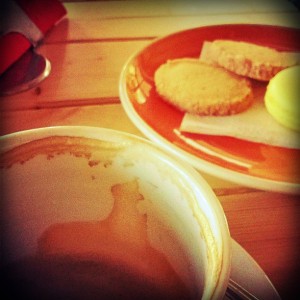 The following story starts with something we’re all familiar with – a Monday morning in which everything that can go wrong, does

However, it’s not what it may seem at first glance. Keep reading…

It was a sunny Monday morning and I decided to stop by a bakery to grab a coffee and a sandwich. I had a few more minutes to go till 8 am, and I figured I could indulge myself.

The bakery sign said they open at 8 am, so I open the door slightly:

“Great! So, I’d like a coffee, and that lovely croissant over there with chicken and salad.”

The guy at the coffee counter looks at me puzzled.

“Obviously”, I say. “In 3 minutes I should be in the office”. (Technically, nobody notices if I come in a few minutes late, but on this Monday, I was a woman with a mission. Have great coffee, get in time, start work, be productive. The Universe, however, thought differently.)

“Well, you know…we’re out of paper cups. What should we do?”

“No idea.” I was starting to get slightly annoyed. My coffee dream was threatening to shatter.  “Try to use a plastic bottle or something…I’ll take it anyhow.”

The coffee guy goes to the 2nd floor to look for paper cup replacements, while I gaze impatiently at the clock. I ask for the sandwich and one of the ladies proceeds to prepare me one.

“Damn”, I thought. “They could have given me the one ready made.”

I go to the counter and pay, noticing that the sandwich looked slightly different from the one in the window.

“Oh, we’re unfortunately out of salad.”

Not my lucky Monday, I guess. Out of paper cups, out of salad, this bakery was not on their best operating mode that morning.

In the meanwhile the coffee guy returns with a plastic cup, small and quite large on the brim. No lid on the cup, of course. I was already having visions of coffee splatter on my dress, while holding that minimal cup. But fine, I said. Let’s see how that works out.

As the espresso poured neatly in the cup, I shockingly discovered what happens to plastic cups when a hot liquid is poured in them. Right, you’ve guessed it. They melt.

“Be careful!” I shouted to the coffee guy. “It’s melting!”

“What should I do??” He looked positively helpless.

“Put it in a normal cup, I’ll have it here.” I was already tired, though it had been only minutes since I walked in.

I decided a few more minutes might not be such a big deal, and besides, less chances of spilling coffee on me while driving.

So I sat, fuming, on a wooden bench, facing the street. It was early morning, sun was shining through the trees, the bakery people were rummaging about with their business (which smelled delicious), and I looked at the passers by, feeling like I was floating, suspended in time, while everything else moved around me.

Then I thought, “Isn’t this nice. Instead of rushing with a hot coffee in my car, eating and drinking hastily on my way to work, isn’t this moment of stillness actually worth much more? How wonderful!”

(the coffee was also great, I must say that helped my blissful feeling)

I enjoyed my coffee (it didn’t take more than 10 minutes) and while I was finishing it,   the coffee guy approached again with a plate of cookies. “Apologies”, he said. “I know we’ve been a mess, but here’s some cookies on the house.”

This day, in the end, was getting only better and better. 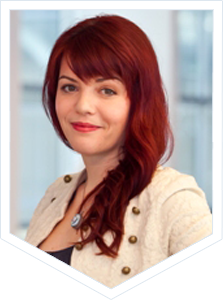 My name is Maria Dinu and I live in Bucharest, Romania.

I started the Life Toolkit blog as I embarked on a journey to become a Professional Coach, in 2009.

Tools for your Time

Snippets from my life

Configuration error or no pictures...